Brexit – Good or Bad for the Freight Forwarder?

Home Brexit – Good or Bad for the Freight Forwarder?

When the idea of Brexit initially emerged, there were many freight forwarder businesses that anticipated commercial benefits from a UK exit of the EU. Some, like Cargocare, remembered the days when the movement of goods between Ireland and the UK was subject to customs clearance and at that time, there were significant revenues in handling those logistics for customers. So are we likely to see a return to those days, with incremental revenue streams for transport businesses?

Not according to some commentators! Wolfgang Lehmacher, who leads the Supply Chain and Transport division of the World Economic Forum (WEF) believes that Brexit would slow down growth and cause an increase in transport costs with a negative knock-on effect on those involved in logistics.

Lemacher describes four possible outcomes and he looks at the implications for the freight forwarder should one of these arise;

It’s worth remembering that not only is the UK the largest export market for other EU countries – about half of all their own exports go to the UK so there’s a lot to play for, for all the stakeholders.

If the UK decided to harmonise with the EU – and assuming that was agreed by the EU partners – then Lemacher doesn’t anticipate much changing in the current set-up. However for all the 3 other possible outcomes things would change considerably and possibly radically. The subsequent new regulations and distribution processes could well become a barrier to trade, increasing costs, reducing current efficiencies and causing time delays. Not only that, Lemacher talks about the uncertainty this would create and we have clearly seen over and over again – markets don’t like uncertainty and this could be bad for global as well as local economies; unpredictability is not good for business.

One possible outcome is that some companies might decide to manufacture product outside the UK, where there is a lower cost-base. This would obviously be very negative for the UK economy, with resultant job cuts and possibly a knock-on effect on logistics companies, with a drop in demand for transport services. Lemacher anticipates that high-tech companies that operate on a JIT basis or under severe time constraints may be more likely to look for alternative locations while the slower-moving traditional and/or low-cost manufacturers may see less of an impact.

While logistics companies may need to offer additional support to clients in the immediate term should Brexit happen – with a potential increase in revenues at the outset – it’s likely that this advantage would soon be off-set by other implications. Should the UK marketplace become less accessible and more expensive to operate in, ultimately there will be a fall in economic activity and an increase in costs. Freight forwarder businesses have seen in the past that when business slows like this, margins are inevitably squeezed. And this is likely to happen just when new investment is needed to handle the latest procedures and requirements.

Lehmacher explained that he couldn’t see any economic benefit for the British economy should Brexit be introduced and he noted that there was no reason to believe that it would have any impact on the refugee crises either as the two events were not directly linked. Ultimately he concludes that the increases in regulation, administration and associated costs could only be detrimental.

Cargocare has extensive ties with both Irish and UK businesses and we have logistics facilities in both markets. Regardless of how the vote goes in June, Cargocare is ideally positioned to continue to offer a professional freight forwarder service to the UK and Irish business communities and for individuals shipping personal effects between these countries. If you interested in working with us, we’d be delighted to hear from you and we offer a flexible, hands-on service and highly competitive quotes. Please do contact us now. 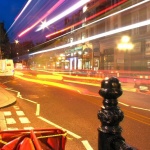 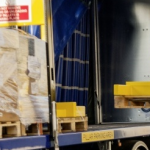